Super Hit Film From Chhollywood industry Hans Jhan Pagali Fans Jabe. After a long time, the famous director of Chhattisgarhi films, Satish Jain, is once again in the discussion about the direction of the film ‘Hans jhan Pagli Fans Jabey’. It is believed that Satish Jain understands the pulse of the spectators of Chhattisgarh cinema.

The film directed by him will be released on June 14. Earlier, on April 14, the songs of this movie will be launched on YouTube. The film’s producer Chitralal Sahu and executive producer Tikeshwar Prasad Sahu say that the film will be liked by the audience.

The posters of this movie were released in AVM studios in the past few days. In the role of hero in the film, actress Anuracha Chauhan will be seen in the role of actor Man Qureshi and heroine. Romance, comedy, and action have been included in the film as well as giving a family cover.

Dialogue Manoj Kushwaha has done this. Choreography is of Nishant Upadhyaya. The action in the film is Arun Johnson (Tammy Anna). The film is choreographed by Tori Rajput and production design byChaudhary. 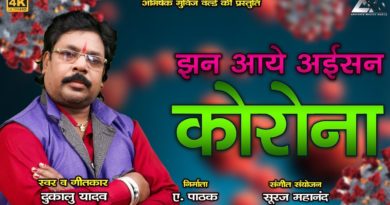